I’m hurrying to finish as much work as I can, before WWWendy arrives.  This afternoon, I’ll meditate on the Holy Ellipsoid Orb.  I’ll be rooting for the Chiefs in deference to one, who shall remain Nameless.  I’ll also prepare tomorrow’s articles in advance, except for the puzzle. 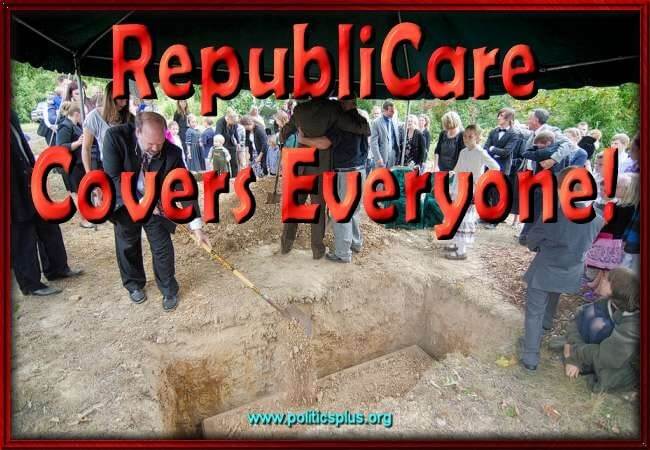 In case you forgot, RepubliCare is the Republican Reich plan to replace ObamaCare.

From Alternet: …Trump’s cold sweats are significant, because everyone who has been following this case knows that the Senate will acquit him. Not because he’s innocent — no one who has actually consulted the evidence is foolish enough to believe that — but because Senate Majority Leader Mitch McConnell and the Republicans who control the Senate decided long ago that they would cover up for their shamelessly corrupt president no matter what he does. With such an assured outcome, Trump’s fears seem overblown and silly, even for someone crippled by sociopathic narcissism and its accompanying paranoia.

But it’s also true that high-profile travesties of justice, such as the one Senate Republicans are currently preparing to commit, can often provoke major political backlash. Getting a jury to acquit the obviously guilty can, as history shows, cause a public that’s already outraged about the crime to get even more furious. That, I suspect, is what Trump is sweating.

What the Senate is about to do is akin to the practice of jury nullification. That’s where a jury decides that either they don’t think the crime should be a crime at all, or that they believe people like the defendant should above the law, and so refuse to convict no matter how guilty the defendant is. This something that in theory, and sometimes in practice, can be used for good as when a jury refuses to throw someone in prison for a low-level drug offense, or refuses to enforce a law restricting free speech. But historically in the U.S., jury nullification has tended to be used to uphold injustice and reinforce racist or sexist systems of power….

As I so strongly implied yesterday, the Republican Reich is prepared to goose-step behind criminal Fuhrer Trump* into political extinction.  RESIST!!

Coons is spot on that testimony from Jon Bolton and Lev Parnas is both relevant and probative, while testimony from Joe and Hunter Biden is neither. Coons’ argument would be valid, if this were a legal trial. It is not. Bought Bitch Moscow Mitch and the Republican Reich set the rules.  They can would our objections to Joe and Hunter as an excuse to disallow all witnesses. So if Joe and Hunter appearing is what it takes to get us the real witnesses, bring them on!  RESIST!!

From YouTube (a blast from the past): Just My Imagination (Running Away With Me)

Sorry, the comment form is closed at this time.

Lisa Made Me Do It!

It is not our intent to violate anyone's proprietary rights. All material here is free for non-commercial use with attribution. If you feel we have violated your property, please send an email, identifying your property and it's location here, and we will remove it. Thank you.